Written by Nicolas Marfleet
Updated over a week ago

There is no limit to the number of Supporters you can add to your account. 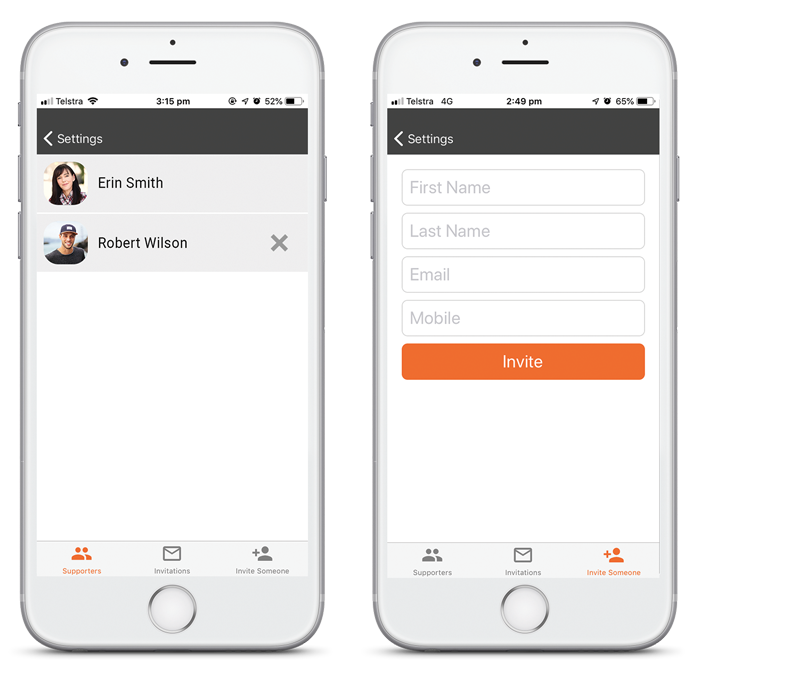 An SMS will be sent to the new Supporter with the link to the Lumin Supporters App in Google Play or Apple Store so they can download the app.

Once the app has been downloaded, the new Supporter would be able to add their own photo that will appear in the Lumin Screen and also edit their profile details if needed.

Watch this video for more details

Did this answer your question?